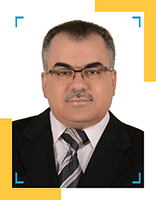 We have coexisted with the Shi’ites, such as Zaydis, for centuries without problems or difficulties that could have crumbled into our social fabric. But for great misfortune, the disaster had befallen for many decades by the Persians of Iran; the Rafidha Twelver Shi’ites, after bluffing most of the Shi’ites, with part of those who are considered Sunnis, to serve their attitude and to achieve their strategy!

To begin, if my love and loyalty to the authentic Prophetic Sunnah labels me as a “Sunni” then I am! And if my love and loyalty to the family of the Prophet Mohammad -may Allah be pleased with them- labels me as a “Shi’ite” then so am I. And if reconciliation, not shallowing or fabrication, between the two loves and loyalties labels me as “Sun-Shi’ite” then I will be as well. Almighty Allah said in the Holly Qur’an “… Allah named you “Muslims” before… [in former scriptures]” (AlHaj:78)

But there is no doubt that the Rafidha Shi’ites strive hard to convert us to Shiism, while the case is not the same with the Zionistic Jews, who do not strive to Judaize us, but rather strive only to Judaize the place by neutralization and exclusion of its people. It is apparently clear that there is a wide difference between each of the two situations from one side, and each of their ends or commences, on the other side. The end or the consequence of what the Rafidha Shi’ites has been doing was one of the things the Messenger of Allah -peace and prayer upon him- frequently sought refuge from Allah about: “… and do not make our affliction in our religion…” (Saheeh AlTirmithi)

Therefore, our contemporary Arab region has become a Persian carpet whose threads were methodically made by the Ayat of Rafidha Shi’ites in the Hawza of “Qom” and is politically knitted together by the Politicians in “Tehran“.

Based on the reality we have experienced ourselves; contemporary Rafidha Shi’ites if they get an advantage over us, they respect not the ties either of kinship or of covenant! In such way, they have combined two types of depravation: sedition (fitnah) in religion, and amok of murder. By doing this, Rafidha Shi’ites have surpassed the Zionist Jews in their level of enmity and depravation towards us, despite of the severe enmity the Zionist Jews typically have towards us.

The historically alleged feeling of being oppressed (Madhloumiyyah!) that is recently claimed by the errant Rafidha, is the rationalization they have in their attempts of substitutional lurking replacement in the existence of the real injustice inflicted on the Palestinian society in the Issue of the Islamic Ummah (AlAqsa). Accordingly, the nuclei of Shiism and seeds of Rafdh have been sown and cultured in the reality of the Palestinians, in a way that is overlooked by those in charge of Palestinian factions, who are with limited-understanding and limited-capacity!

At the same time, the reality of those Rafidha Shi’ites is still obscure and mysterious to the majority of common people. While the reality of the Zionistic Jews is clear, especially among us Arab Muslims. With this mystery, the Rafidha Shi’ites could successfully infiltrate us without notice from our “faith immunity system” and could consequently bring about what requires decades of healing and purification.

Based on the facts mentioned above and other ones, when the Islamic Palestinian factions, embodied by their backbone; the Islamic Resistance Movement “Hamas”, take advantage of the sincere effusive emotions towards AlAqsa, Jerusalem, and Palestine, to enhance their understanding and perception of the relationship with the Twelver Rafidha Shi’ite of Iran, they are committing a strategic crime against the current and next generations of the Islamic Nation!

Despite the importance and centrality of the case of AlAqsa Mosque and its surroundings, the demolition of the nation’s AlAqsa Mosque stone by stone, is a lesser in the scale of Almighty Allah than the nation’s sedition (fitnah) in its faith! Our faith is essentially much more important than our AlAqsa!

We honestly advise our brothers in Hamas and its sister organizations to stop flattering matters in such an obvious way… There is a significant difference between complimentary thanking in one side, and hypocritical flattery on the other. Do you consider your condolences to the killed leaders of Hezbollah, such as: Sameer AlQintar, Jihad Mughniyyah and Mustafa Badruddeen, and considering Major General/ Qasim Sulaymani as “The Martyr of Jerusalem” as a way of complimentary thanking and courtesy?!! Is it complimentary thanking to pray behind the Imamate of the Supreme Leader of the Islamic Revolution, Ali Khamena’i?! It is a Disgrace to do as Palestinians! It is Shame to do as Arabs! And finally, it is Haram “Prohibited” to do as Muslims!

It is always said that: “if the reason is known, the surprise is blown” The root cause of the weakness of the doctrinal vision of Muslim Brotherhood Movement in some of its countries towards Rafidha Shi’ite, and what it produced after its abortion (such as: the Islamic Jihad Movement) or through a Caesarean operation (such as: Hamas), arose from its wrong attitude towards Rafidha Shi’ites upon their Khomeini revolution… This wrong attitude resulted into a humiliating hesitation, and a suspicious fragility! And because the leaders of Hamas and its sister organizations have been brought up on the concepts and behaviours of soldiery and obedience, we find that, in their mental and psychological attitude, their jihad through work and actual military battles generally overcomes their independent judgment and clarification efforts.

We know that there is an internal division in the ranks of the Islamic Resistance Movement (Hamas) regarding this humiliating and dubious attitude towards Iran and its arms and allies in the region! We also know that there are two wings in Hamas, each of them has its own supporters and followers.

We count you (and Allah is your judge) sincere in your striving and jihad, but we are certain of the limitations of your understanding and capacity. You have already exhausted your followers and supporters and did not save their faces while they were trying to defend your shameful situation. Nevertheless, the monotheist believer, at the moment of death, will not be questioned about the precedence in liberation, but about the sincerity in following the rules & teachings of Islam.

O Hamas! there is a significant difference among: “Loyalty” to the Rafidhi Shiite Government of Iran, “Flattery” to it, and “Complimenting” it. We count you, (and Allah is your judge), innocent of the first, prohibited from committing the second, and excused in case of the third; respectively.

And because we are here for the sake of Allah Almighty, and we bear witness to equity and justice; even to those we dislike their deviation, and we renounce their misguidance, I acknowledge the fact that what we knew in the Rafidhi Shiites’ principle of “Taqiyyah i.e., dissimulation” has become a thought and a behaviour practiced by a significant segment of those who are classified as Sunnis, accordingly; it is not what we wish, nor the wish of the people of misguidance and deviation. “… Whoever does a wrong will be recompensed for it, and he will not find besides Allah a protector or a helper.” (AnNisa’a:123)

The Palestinian leaders should be aware of a geometric fact concluding that the angle of deviation from what is true, right, or correct, even if it appears to be small from the direction of AlAqsa position, yet it is growing along: the Arab, Islamic, and Human concentric circles.

I hope our politicians will think of this strategic article as a “faith vaccine” they have amid their mingling with the spreaders and holders of Rafidhi Shiism viruses, a kind of political immunity to their followers, and supporters, and a means of abstaining from those who entice them that our masses object, our supporter bases are conservative, etc.; and all such other justifications that they can use to manoeuvre with.

I pray to Almighty Allah not to wake up in the coming years to see the prevailing and encroachment of these Rafidha Twelver Shi’ites in the reality of Jerusalem and its surroundings, then taking it as a central springboard to accelerate the momentum of their way and achieve their direction and strategy. Then those with limited understanding and capacity would say: “You are the ones who provoked and aroused them against us.”

Let it be known that our strategic goal of this article includes four SMART objectives; excusing to Almighty Allah, discharging from liability, making the argument, and a pray to Allah “that they may be [rightly] guided.

Allah is the guardian of guidance and the guide to it…